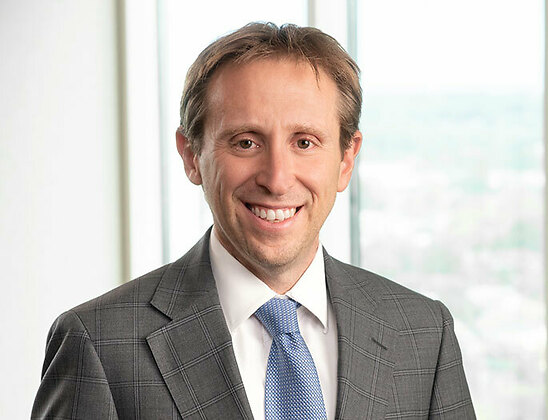 Eric advises corporations on a broad array of transactions, including business combinations, acquisitions and divestitures, spin-offs and split-offs, and capital raises.  He also advises generally on matters of corporate governance.

A major focus of his practice is representing public companies in M&A transactions as well as special committees of independent directors in considering transactions involving potential conflicts of interest.  With nearly two decades of experience, Eric has led the Morris Nichols team on some of the firm’s largest and most complex special committee representations, including several involving controlling stockholder take-private transactions.

Eric also has particular experience with transactions structured as tender offers followed by “medium-form” mergers.  He served as a lead drafter of legislation that ultimately became Section 251(h) of the Delaware General Corporation Law (DGCL), that facilitated and led to an increase in the use of such transactions.  Following adoption of that legislation, Eric served as the co-chair of the American Bar Association (ABA) Section of Business Law Mergers and Acquisitions Committee Task Force on Two-Step Transactions. In that role, he co-edited the ABA’s Model Tender Offer Agreement treatise published in 2020.  Eric also served as a lead drafter of Section 267 of the DGCL, that allows non-corporate entities to be the acquiring entities in “short-form” mergers.

Eric devotes a significant portion of his practice to assisting in M&A litigation, and has been involved in a number of precedent-setting M&A and other corporate cases decided by the Delaware courts over the past twenty years, particularly those involving deal certainty.  Eric often applies the knowledge gained in this aspect of his practice to the advice he provides to clients in the transactional context.

In addition, Eric provides opinions on matters of Delaware law, including closing opinions and in the capacity as an expert witness in non-Delaware forums, including those of Singapore, Australia, and Ireland.

Within Delaware, at the request of two successive Chief Justices of the Delaware Supreme Court, Eric served as a member of the Permanent Advisory Committee on Supreme Court Rules and a committee of the Delaware Access to Justice Commission. At Morris Nichols, Eric has served terms as hiring partner and as practice group coordinator of the Corporate Counseling Group, and currently serves on the firm’s Diversity Committee.

Eric speaks and writes frequently on emerging issues in Delaware corporate law. He has served as a Lecturer in Law at the University of Pennsylvania Law School, where he has taught classes on M&A contract drafting and venture capital, and served on the Board of Trustees of the University’s Institute for Law and Economics.

Chambers USA sources praise his “extremely deep subject matter expertise,” adding, “he is highly strategic,” with “a very soft spoken but incisive ability to persuade in a disarming way.”