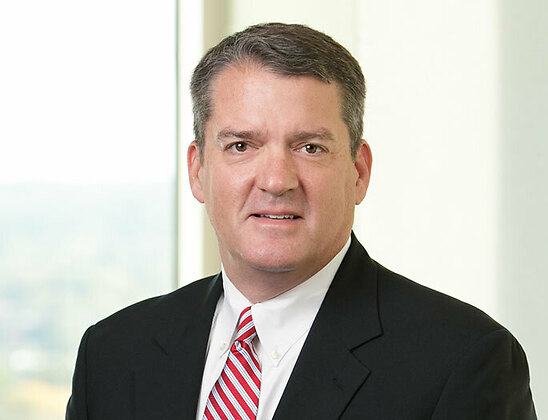 Derek represents Fortune 1000, local, international and other organizations as lead or Delaware counsel in bankruptcy proceedings and litigation on behalf of debtors, creditors, official and ad hoc committees and transactional case constituents.

Derek regularly works with debtors-in-possession (DIP), DIP and exit financing lenders, as well as outside and inside counsel, turnaround professionals, independent and special committees of directors, crisis management firms, and investment and non-investment bank professionals. His recent client representations include the Boy Scouts of America, John Varvatos Enterprises, Grupo AeroMexico, Papa Gino’s, AT&T Inc., General Motors Corporation, Philips International, Viacom Inc., TD Bank, and Nortel Networks. He has also served as Chapter 11 Trustee and Chapter 7 Trustee of Tough Mudder. Derek frequently serves as a mediator in matters related to insolvency and distressed businesses, including both adversary proceedings and case-dispositive matters. In addition, Derek has served as an expert witness in matters involving restructuring and bankruptcy matters both domestically and internationally.

Derek is a graduate of the US Military Academy at West Point. He has made the honor, leadership, and discipline that are the hallmarks of that institution the cornerstones of his professional career. In 2016, he was invited to join the 28th Class of Fellows of the American College of Bankruptcy. In 2018, he was presented the Delaware State Bar Association’s Access to Justice Commitment Award, recognizing his sterling commitment to pro bono work throughout his career. He was also the recipient of the 2011 Caleb R. Layton III Service Award, given by the judges of the U.S. District and Bankruptcy Courts for the District of Delaware to an attorney who personifies the qualities of a federal practitioner: legal acumen, professional decorum, and public service. Derek’s Delaware community activities are frequent and diverse ranging from assisting the Delaware Legal Services Community with fundraising activities, to serving as legal counsel for a variety of indigent clients through Delaware Volunteer Legal Services. He chairs the Morris Nichols pro bono committee and sits on the firm’s recruiting committee.

He frequently presents before national and Delaware bar associations, bankruptcy organizations and other business and professional audiences. His client and peer recommendations are numerous and have resulted in his recognition by Chambers USA: Guide to America’s Leading Lawyers for Business.

Co-counsel to the Boy Scouts of America and its affiliated debtor in their bankruptcy proceedings.

Co-counsel to Grupo AeroMéxico, S.A.B. de C.V. and its debtor affiliates in their chapter 11 proceedings.

Lead counsel to New York-based luxury menswear producer and retailer John Varvatos Enterprises, Inc. and certain of its affiliated debtors in Delaware chapter 11 proceedings. Obtained court approved the sale of assets to parent company, whose bid included $76 million of its secured debt as part of the purchase price for the assets.

Serve as chapter 11 and chapter 7 trustee appointed in the cases of Tough Mudder Inc. and its debtor affiliate. The debtors develop and host, either directly or through their subsidiaries, endurance event series in which participants compete in various obstacle course races around the world. As chapter 11 trustee, sought, and successfully obtained, approval of a private sale, subject to higher and better bids, of substantially all debtors’ assets on an expedited timeline and less than one month after appointed.

Lead counsel to New England-based restaurateur Papa Gino’s, Inc., and certain of its affiliates, guiding the company through the chapter 11 process and asset sale.

Represented biotechnology company Achaogen in restructuring proceedings. Negotiated the sale of several of the company’s principal assets and continued to work toward the sales of the company’s remaining assets. Won court approval of a $4.5 million sale of intellectual property and distribution rights related to its plazomicin antibiotic drug, and in May 2020 the court approved its liquidation plan.

Liquidating trustee to drug developer, Inspirion Delivery Sciences LLC. Successfully obtained approval to sell all assets for $4 million in cash, and up to $10 million in future payments for royalties on abuse-deterrent opioids.

Lead counsel to THG Holdings LLC and its affiliated debtors in Delaware chapter 11 proceedings, defeating opposition’s demand for a $5.2 million return in post-petition reimbursement payments and achieving confirmation of the chapter 11 plans.

Co-counsel to discount retailer, Fred’s Inc., in Delaware chapter 11 proceedings. On the first day of the case, successfully achieved approval of a $35 million chapter 11 loan as well as permission to complete millions worth of asset sales as part of Fred’s Inc.’s liquidation efforts.

Co-counsel to Nortel Networks Inc. and certain U.S. affiliates in complex cross-border chapter 11 bankruptcy case. Successfully achieved confirmation of a plan to implement a global settlement that included allocating the unprecedented $7.3 billion of escrowed sale proceeds generated from the Nortel asset and IP sales between Nortel entities in the United States, Canada and Europe, which allocation was the subject of a 21-day joint trial in U.S. and Canadian courts.

Co-counsel to the official committee of unsecured creditors in bankruptcy proceedings for Boomerang Tube LLC. The committee successfully opposed the debtors’ and secured lenders’ proposed plan of reorganization that contemplated an unreasonably low valuation that would have left creditors with zero recovery. Based on the committee’s opposition, the bankruptcy court rejected the debtors’ and lenders’ valuation, ultimately resulting in a distribution to creditors as part of a plan settlement.

Chambers USA: America’s Leading Lawyers for Business, Ranked Delaware for bankruptcy/restructuring (Band 1 2012-2020, Star Individual 2021-2022) with sources praising him as “incredibly well respected and knowledgeable - a wonderful lawyer across the board.”

IFLR1000 United States, Selected as a leading Delaware lawyer in the guide to financial and corporate law firms (2018-2022)

The Best Lawyers in America, Listed in bankruptcy litigation, 2023, and bankruptcy and creditor debtor rights / insolvency and reorganization (2007-2023); Designated “Lawyer of the Year” in various Delaware categories (2010, 2017-2021)

Delaware Super Lawyers, Selected by his peers for inclusion for work in bankruptcy: business (2008-2022)

Lawdragon 500, Selected to guide of leading US bankruptcy and restructuring lawyers (2020-2022)

Who’s Who Legal, Listed among top restructuring and insolvency practitioners (2014-2019)

Recipient of the Caleb R. Layton III Service Award, given to an attorney who personifies the qualities of a federal practitioner: legal acumen, professional decorum, and public service.