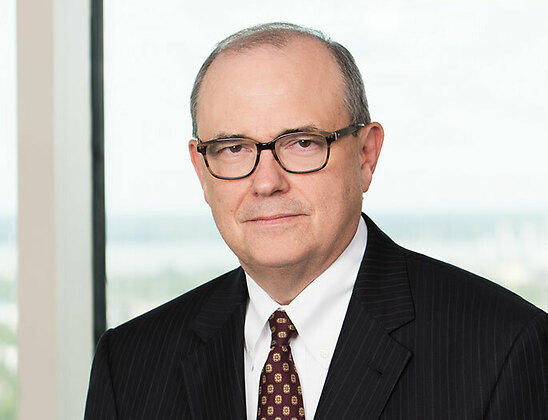 Mike has extensive experience representing governmental entities, banks, trust companies, insurance companies and public utilities in commercial transactions, before regulatory authorities and in legislative matters. For more than 25 years, Mike has also advised numerous companies, including Fortune 500 companies, on unclaimed property issues and in audits and in voluntary compliance programs.

Mike’s governmental affairs clients include governmental entities, such as the Delaware River & Bay Authority and the Delaware Department of Insurance. He has represented various financial institutions and utilities, such as Delmarva Power & Light Company and Comcast, before regulatory authorities and state, county and local governments and in legislative and public policy matters before Delaware government as well.

Mike has been selected for inclusion in The Best Lawyers in America since 2009. In the 2020 edition, he was designated “Lawyer of the Year” for administrative and regulatory law.  He frequently speaks on unclaimed property issues and is coauthor of the revised Bloomberg BNA Corporate Practice Series Portfolio, Unclaimed Property.  Mike has Co-Chaired the Uniform Laws Commission Drafting Committee to Revise the Uniform Unclaimed Property Act, legislation which forms the basis for the law of unclaimed property for over 40 states.

Mike has served in numerous leadership roles with both Delaware and national business and professional organizations.  He has served as President of the Uniform Law Commission, a bi-partisan organization which drafts and enacts uniform and model legislation for all of the states on a variety of topics affecting individuals and businesses and he is also a Trustee of the Uniform Law Foundation.  He is a Past President of the Delaware State Bar Association and member of the board of the Delaware Bar Foundation. He was appointed in 2017 by Delaware Governor John Carney to serve as Chair of the Delaware Economic and Financial Advisory Council (DEFAC), a council with representatives from both the public and private sectors, charged with providing non-partisan and objective revenue and expenditure estimates to the Governor and General Assembly and with providing advice to the Governor and the Secretary of Finance on the State’s overall financial conditions, current and projected economic conditions and trends, tax policy and current and projected trends in the national and local economies which may affect Delaware.

Active in Delaware politics for more than 35 years, Mike has advised, and raised funds for the campaigns of, Delaware Governors, Attorneys General and Insurance Commissioners as well as numerous members of the Delaware General Assembly and other Delaware elected officials.

Delaware State Chamber of Commerce (Counsel and former Board Member)