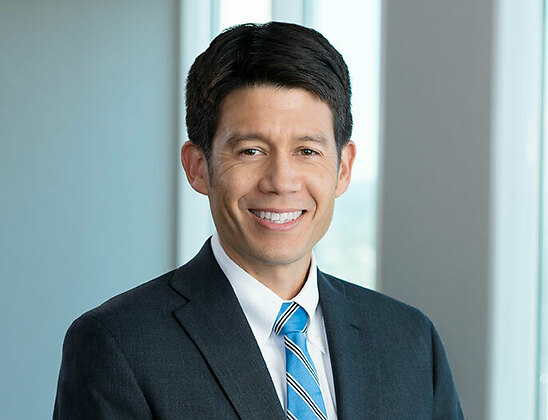 Curtis focuses on corporate restructuring, bankruptcy and litigation.  He has been involved in bankruptcy proceedings and litigation on behalf of a variety of national and regional clients, including debtors, creditors and official committees, private equity firms, hedge funds, and lenders.

Curtis currently represents publicly-held and privately-held companies in their efforts to restructure.  He also acts as counsel for both plaintiffs and defendants in various bankruptcy-related litigation matters, including preference, fraudulent transfer, turnover actions, and breach of contract actions.

Curtis also advises clients in out-of-court restructurings, including assignments for the benefit of creditors, Article 9 foreclosures, and state law dissolutions.  These representations have involved debtor and creditor representations in a wide range of industries, including the hospitality, food, retail, oil & gas, waste water treatment, construction and manufacturing industries.

A frequent speaker, Curtis has spoken on numerous panels about bankruptcy issues, including:

Curtis devotes a portion of his time to pro bono matters, serving as volunteer counsel in protection from abuse proceedings before the Family Court for the State of Delaware.  He also serves as a member of the Morris Nichols Diversity Committee.

Co-counsel to Sun Capital, assisted in obtaining dismissal of an adversary proceeding in the bankruptcy cases of trucking company Jevic Holding Corp. and its affiliates following a nearly thirteen-year litigation, which included an appeal to the United States Supreme Court and eventual remand prior to dismissal in favor of Sun Capital.

Successfully prosecuted the sale of debtor Hobbico’s assets in a 363 sale as debtor’s co-counsel to large hobby toy manufacturer.

Co-counsel to The Boston Herald, Inc., assisting in successfully prosecuting the sale of historic newspaper’s assets in a 363 sale, more than doubling the initial bid at a competitive auction.  Assisted in prosecuting the confirmation of a plan that resulted in material distributions to creditors.

Co-counsel to DAK Americas in the bankruptcy case of M&G, an international conglomerate of plastic manufacturing companies. Assisted in obtaining court approval of an $800M acquisition of a Corpus Christi Texas manufacturing facility.

Co-counsel to Bank of America in the chapter 11 bankruptcy filing of Enduro Resources, Inc., a large exploration and production oil company.  Curtis assisted in obtaining court approval of the sale of the majority of Enduro Resource’s assets in 363 sales and the prosecution of a Chapter 11 plan of liquidation.

Co-counsel to Arlon, the equity sponsor of HMR Foods, in defending (a) a lawsuit filed by the Chapter 7 trustee asserting claims of breach of fiduciary duty and fraudulent transfers, and (b) a class action lawsuit brought by former employees seeking damages for alleged violations of the Federal and California WARN acts.

Served as first chair in defending an affiliate of Panton Equity Partners in numerous lawsuits filed by creditors following the insolvency of a portfolio company related to Panton Equity Partners.  Successfully prosecuted motions to dismiss in unrelated lawsuits pending in the United States District Courts in Florida and Georgia.

Served as first chair to the Foreign Representative of Toshiba Samsung Storage Technology Korea Corporation (“TSST-K”) in its cross-border Chapter 15 bankruptcy filing in the United States.  TSST-K was a Korean joint venture between Toshiba and Samsung that manufactured and sold optical disc devices (e.g., CD-ROM/DVD).  At its high point, TSST-K had revenue of approximately $1.8 billion.

Counsel to Monogram Foods in a competitive auction and successful acquisition of substantially all of the assets of Golden County Foods, a large processor of meat products in a section 363 sale.

Co-counsel to the receiver of the assets of Skybridge Spectrum Foundation and certain of its affiliated entities in the bankruptcy filing by the displaced CEO of Skybridge.  The receiver was appointed to safeguard approximately 5,500 FCC spectrum licenses that were in danger of being forfeited as a consequence of an adverse ruling against the CEO of Skybridge by an FCC administrative law judge.  The receiver prevailed on a motion to dismiss the improper bankruptcy filing by the displaced CEO.

Counsel to M&M Management Vennootschap BVBA, creator of the Tomorrowland electronic dance music festivals in Belgium and Brazil, in the bankruptcy cases of SFX Entertainment.  Curtis is advising M&M Management Vennootschap BVBA in connection with the negotiation of numerous agreements that will govern the reorganization of the Tomorrowland and TomorrowWorld festivals, which are some of the largest EMD festivals in the world.

Co-counsel to Tennenbaum Capital Partners in the Fuhu bankruptcy cases.

Counsel to the debtor in Seegrid Corporation’s bankruptcy, successfully advising the debtor and prosecuting a plan of reorganization over the objection of a group of equity and noteholders.  This litigation included obtaining an unprecedented ruling from the court limiting objecting parties’ ability to force a valuation trial as part of the confirmation proceedings. (See Curtis’s article, “Delaware Bankruptcy Court Reins in Hold-Out Leverage,” ABI Journal (May 2015) for more on the significance of the case.)

Counsel to Wilmington Trust Company, as indenture trustee, in the Catholic Diocese of Wilmington bankruptcy. The indenture trustee was successful in its efforts to obtain full payment for bondholders and negotiated a favorable settlement for the Indenture Trustee under the terms of the plan of reorganization that was confirmed at the end of 2011.

Counsel to Fifth Third Bank as DIP lender to Carl’s Patio and its affiliated debtors during their bankruptcy cases.

Chambers USA clients and peer sources say “Curtis is an excellent lawyer with detailed knowledge of bankruptcy law and experience in bankruptcy cases” and describe him as “smart, energetic, resourceful and terrific in the courtroom.”