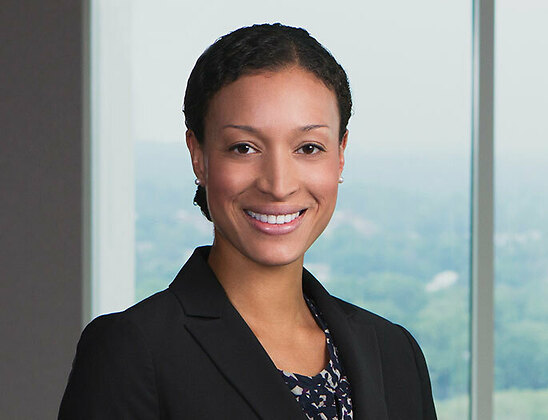 Tammy is an associate with the Bankruptcy & Restructuring group. Her practice focuses on chapter 11 business bankruptcy, reorganization and restructuring.

In law school, Tammy was a senior editor of the Virginia Tax Review and was a member of the Black Law Students Association.

Co-counsel to The Boston Herald, Inc. and its affiliates, which operated a historic newspaper based in Boston, Massachusetts, with their chapter 11 proceedings, including assisting in in successfully achieving the sale of the Debtors’ assets in a 363 bankruptcy sale, more than doubling the initial bid at a competitive auction.

Co-counsel to Nortel Networks, Inc. and certain of its affiliates in connection with their chapter 11 proceedings, including assisting with and coordinating a cross-border bankruptcy trial to allocate the proceeds of the sales of more than $7 billion in assets and intellectual property between Nortel entities in the United States, Canada and Europe.

Counsel to Premium Transportation Services, Inc. in connection with its chapter 11 proceeding.

Counsel to the Foreign Representative of Toshiba Samsung Storage Technology Korea Corporation (“TSST-K”) in its Chapter 15 bankruptcy filing in the United States. TSST-K was a Korean joint venture between Toshiba and Samsung that manufactured and sold optical disc devices (e.g., CD-ROM/DVD). At its high point, TSST-K had revenue of approximately $1.8 billion.

The Best Lawyers in America, Ones to Watch in Bankruptcy and Creditor Debtor Rights/Insolvency and Reorganization Law, 2021