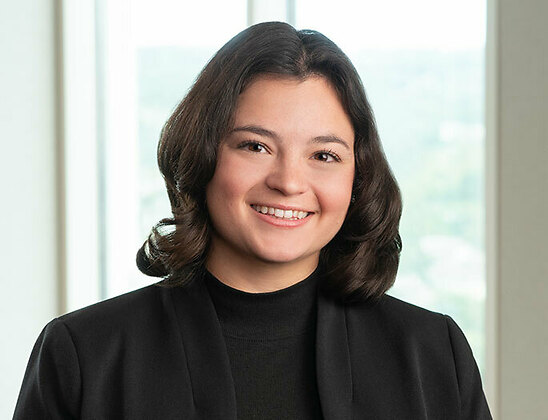 Evanthea is an associate with the Bankruptcy & Restructuring group.

Her practice focuses on corporate restructuring and bankruptcy.

Prior to joining Morris Nichols, Evie gained valuable experience as a judicial intern to Vice Chancellor Joseph R. Slights III of the Delaware Court of Chancery and Magistrate Judge Robert Trumble of the US District Court for the Northern District of West Virginia.

In law school, Evie served as co-president of the Women Law Students Organization. At graduation, she was awarded the Clinical Legal Education Association Outstanding Externship Award and the Washington and Lee University School of Law Women’s Law Award. Also during law school, Evie competed in the Robert J. Grey Jr. Negotiations Competition and the Washington and Lee Mock Trial Competition, where she received recognition as a quarterfinalist.